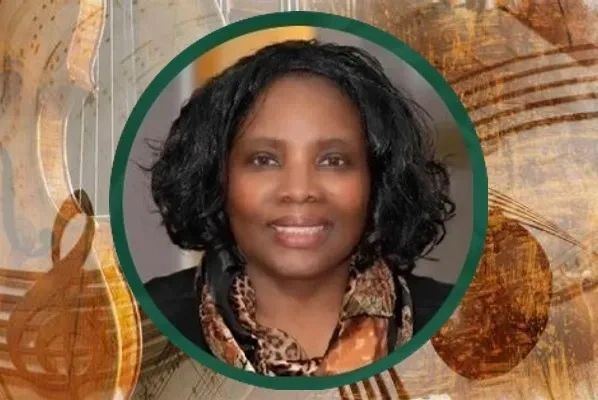 Eurydice V. Osterman is a Fulbright scholar and a published author and composer whose works have been read and performed around the world. A listing of her works is cited in the book, Music by Black Women Composers: A Bibliography of Available Scores by Helen Walker-Hill, CBRM Monographs, No.5, 1995. She is also the featured composer in the dissertation of Angelique Clay, “The Life and Music of Eurydice V. Osterman.” She is an accomplished organist and served as Dean of the Greater Huntsville Chapter of the American Guild of Organists. She was commissioned by the AGO to compose a piece for the 2024 national convention.

Dr. Osterman is the author of the books, What God Says About Music and Worship: From Praise Him to Praise Hymn. She has written numerous articles, and is featured in several books, including Who’s Who of American Women, to name a few.

Dr. Osterman earned both the Bachelor and Master of Music degrees from Andrews University in Berrien Springs, Michigan in Music Education, and the Doctor of Musical Arts degree in Composition from The University of Alabama in Tuscaloosa, studying with the late Harry Phillips. She is the first female and African American to graduate with this degree.

Dr. Osterman is currently a retired professor of music from Oakwood University. During her tenure at Oakwood, she served as chair of the department, choral director in addition to teaching theory and composition courses. She was also an adjudicator for the standard setting process for the Praxis II Teacher Certification Examination for use in the State of Alabama. In 2009 Dr. Osterman took a leave of absence from Oakwood to serve as chair of the Department of Music at Northern Caribbean University in Jamaica, preparing for first-time Music Department accreditation.

Dr. Osterman is the recipient of many awards and holds membership in several professional organizations, including Phi Kappa Lambda, a national honor society.

Dr. Osterman’s Community service includes serving the Music Director for the Tennessee Valley Oneness Committee, planning and presenting programs on the African American contribution to music for the Alabama Bicentennial during 2019. She is also Coordinator for her neighborhood Community Watch.

AWSAHM MUSIC is a small Christian music ministry that was founded in 1998 for the purpose of spreading the gospel of Jesus Christ via music inspired by God and dedicated to His glory.